"Yeah, problem," Pete said, as he gave the windshield wiper blades one last thud to clear ice off them. He stuck his tongue out at me for good measure.

I sighed for the good old days, when I could talk him into putting his tongue on icy metal.

"What makes you guys think—"

"You can't lie to us," Harry said. "Something was off when you picked us up to head here, but we both thought it was just you gearing up for tonight. What let the air out of your tires?"

"Yeah, and don't try giving us some fake story," Pete added as he got into the back seat. "We aren't living lie detectors like you—"

"That's on the fritz, remember?" I crossed my eyes at him in the rearview mirror.

Truthfully, that particular talent usually meant getting an image in my head that contradicted what the person said, and always needed interpretation. I would have preferred to be invincible. Flying and the ability to bounce off walls and have bullets bounce off me just sort of seemed to belong together. Obviously, given my permanent four-wheel-drive situation, God hadn't made me bulletproof. There was a reason. There had to be a reason. I just hadn't discovered it yet.

Such thoughts didn't help me now, when my brothers were gearing up to grill me on why I wasn't still high on satisfaction after my successful comedy gig. That, and the relief of escaping the horrors of the after-Thanksgiving shopping crush with Felicity.

"I thought you were happy the Pikes smeared the Bulldogs," Harry added. "When I stopped in the office this afternoon, Conrad said your take on the whole season was the best thing you've ever written. So what happened at work after I left?"
Posted by Michelle Levigne at 2:30 AM 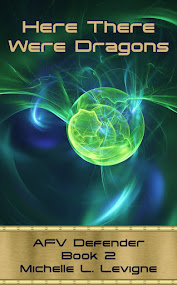 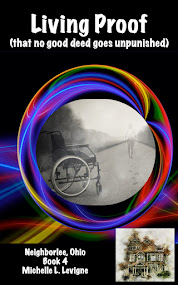 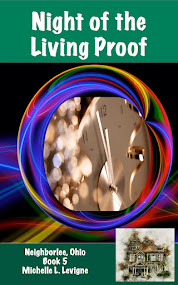