Off the Bookshelf: VENDETTA IN DEATH, by JD Robb

Part of the In Death futuristic suspense series.

Dallas and Roarke and their family of co-workers and friends return.

This time the nemesis is a woman who has been cheated on and lied to and robbed, and she's out to get her idea of justice against any and seemingly every high-profile man who has done a woman wrong, if she isn't stopped. Rape, mental abuse, cheating, lying, stealing, the list goes on and on. Justification for taking justice into her own hands? Maybe if she'd just gather up the evidence she has and hands it over to authorities -- but she doesn't trust anyone to give justice to the women who have been hurt.

She takes the name Lady Justice, and that was her first mistake -- giving herself the right and the authority to decide what was justice.

Her second mistake was executing her victims in Eve Dallas' town. This clever, resourceful woman of a thousand faces and voices and tricks doesn't know what she's up against when Dallas and her team get on her trail. She even knows Dallas is getting close, but does that slow her or make her move a little more carefully? That's another mistake. But still, it's a race against time to stop her before she takes her next victim.

What can I say? I love the series, the characters, the interaction, the constant growth in relationships. And hurrah, another baby for Mavis and Leonardo.
Posted by Michelle Levigne at 10:48 AM No comments: Links to this post 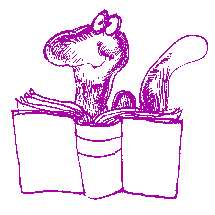 I'm so grateful to the lovely folks at NF READS for inviting me to be interviewed and blather a little bit about my different universes, the writing process, and just creativity in general.

Please click HERE to read the interview, and consider sticking around to read about other authors they've hosted. You might find something you'll like and want to explore further! 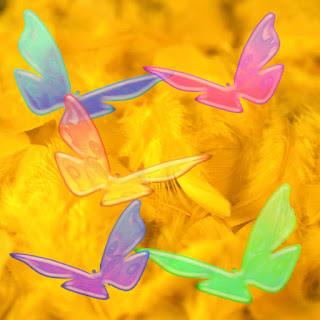 Posted by Michelle Levigne at 9:40 AM No comments: Links to this post

Will I see YOU at the craft fair, this coming Saturday, September 21? 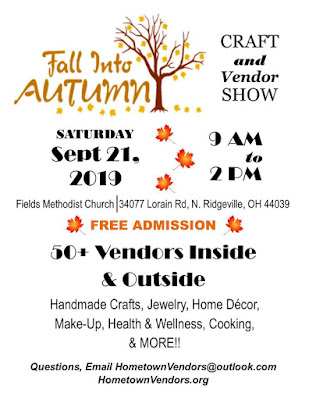 I will be here, selling copies of CHRISTMAS FICTION OFF THE BEATEN PATH, hot off the presses! 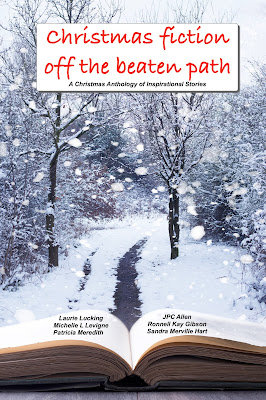 Not your Granny's Christmas stories!
The new 2019 anthology from Mt. Zion Ridge Press.
This will be the FIRST opportunity to buy a copy.
Get them while they're hot -- Christmas stories (and any books, as far as I'm concerned!) make GREAT Christmas presents!

Hope to see you there!!!
And don't forget to check out Mt. Zion Ridge Press's growing catalog of great fiction "off the beaten path." MtZionRidgePress.com

Off the Bookshelf: I'D TELL YOU I LOVE YOU, BUT THEN I'D HAVE TO KILL YOU, by Ally Carter

What fun! Another romp with Cammie Morgan and the spies-in-training at the all-girls Gallagher Academy for Exceptional Young Women.

The first Audible book in the series was in introduction, Cammie's first few weeks at the academy, dealing with her family heritage and being a legacy. All the pressure of being the headmistress' daughter and figuring out how to fit in actually overrides the totally unique world of learning to be a spy -- starting in 7th grade.

Cammie and her friends/roommates, Liz and Becks, are sophomores. Bad enough the new teacher for Covert Ops is a gorgeous male teacher, but the spoiled daughter of a US Senator somehow manages to get through all the subterfuge and diversion to keep non-spy-talented girls from waltzing through the gates. Worse than that -- this girl gets put in the room with the three pals.

Then during a Covert Ops training, Cammie runs into a local boy, and there's a spark, and she is suddenly torn between her legacy and the allure of a normal and ordinary life. Or at least making this cute boy who likes her think she's a normal, ordinary girl. Learning to speak dozens of languages and kill a man with just an uncooked piece of spaghetti is nothing compared to the hazardous world of high school dating and figuring out boy-speak.

Not just a fun romp, but a delightful return to a familiar world and familiar characters. More, please?
Posted by Michelle Levigne at 2:00 AM No comments: Links to this post

Labels: Ally Carter, audible book, audiobook, book report, I'd Tell You I love You But Then I'd Have to Kill you, Off the Book Shelf, Renee Raudman, The Gallagher Girls Series, YA fiction

Get Your Copy of CHRISTMAS FICTION OFF THE BEATEN PATH soon -- live and in person!

I will be here, selling copies of CHRISTMAS FICTION OFF THE BEATEN PATH, hot off the presses!

Not your Granny's Christmas stories!
The new 2019 anthology from Mt. Zion Ridge Press.
This will be the FIRST opportunity to buy a copy.
Get them while they're hot -- Christmas stories (and any books, as far as I'm concerned!) make GREAT Christmas presents!
Hope to see you there!!!
And don't forget to check out Mt. Zion Ridge Press's growing catalog of great fiction "off the beaten path." MtZionRidgePress.com

Posted by Michelle Levigne at 7:17 AM No comments: Links to this post

Off the Bookshelf: SYNAPSE, by Steven James

Obtained through Netgalley for review purposes.

Master of suspense (and dang good writing conference speaker/teacher) Steven James shows he can thrill and send chills up the spine in the future, too.

There were a lot of reasons to snag this book to read, starting with the fact that I've been in one of his classes, I have a few of his writing books, I've read and made notes on his Writers Digest articles, and my publishing partner fan-girls over him. And yeah, I wanted to see what all the hype was about regarding his fiction.

SYNAPSE is set in the near-future, where Artificials (androids, artificial intelligence, whatever you want to call them)  are evolving and becoming Human enough to make people nervous. They're asking the big questions about life and death and life after death.

Enter Kestrel, a minister who has just lost her child at birth. She's asking questions, but maybe not the right ones. On the way home from the hospital, a terrorist attack occurs in front of her and she jumps in to help, since that is where she is trained. The terrorists are Purists, who are resisting the "rise of the machines," to use Terminator parlance. This brings her to the attention of the authorities, who are investigating. Her background isn't clean, so she's suspect for a while.

Things get even more complicated when her estranged brother sends her a "gift" in the form of Jordan, an advanced-model Artificial. Jordan is asking questions about forgiveness, life-after-death, if he has a soul, and why God allows horrible things to happen ...  Kestrel isn't in the best emotional shape to take on an Artificial in her life -- especially when her parents were murdered by one years ago. She gives Jordan a chance, though, and they change and challenge each other, while getting in the way of the wrong people.

Other reviewers refer to James' stories as a roller coaster ... yeah, but the roller coaster starts slowly, subtly, and you're hooked before the big drops and sharp turns hit. Hang on! Don't bang your head if you get thrown out of your seat. Just when you think you have all the players identified and you know what teams they're working for, the field and the uniforms change.

In some ways, this is a story about attitudes and actions and reactions all around us today, including the brutality, hatred, and fear that arise when people force their vision of the world on everyone who disagrees with them.

So many layers. So many different speeds and textures, all woven together into a complicated picture that I sure hope will have a sequel. Thanks.

Off the Bookshelf: WALK TWO MOONS, by Sharon Creech

Sal is a 13-year-old whose life has been entirely uprooted. Two stories interweave as she goes through a journey of the highway and of the heart.

When Sal's mother leaves them, Sal's father moves them from Kentucky to Euclid, Ohio, making her leave behind their farm, their trees, their chickens, their dog -- everything that makes up Sal's world. Sal doesn't want to know about this new relationship between her father and Mrs. Cadaver -- an ominous name in itself. Things get even stranger and confusing when Sal meets the girl who lives next door to Mrs. Cadaver, Phoebe -- who immediately gets Sal wrapped up in her wild, suspicious imagination. Phoebe believes Mrs. Cadaver killed her husband, and there's a lunatic on the loose in the neighborhood, and then there's their bizarre English teach who not only makes them write journals, but then reads entries from their journals out loud, in class.

Phoebe's personal trials mirror Sal's, and Sal relates Phoebe's life on a ride out west with her quirky, adorable grandparents who can't seem to avoid trouble, both funny and dangerous. Little by little, Sal explores the pain of her mother leaving, and why she isn't coming home.

I highly recommend this lovely, warm, sad, thoughtful, entirely too short book about pain and loss and friendship and love.  The narrator makes all the characters come alive. Entirely lovely experience.
Posted by Michelle Levigne at 2:00 AM No comments: Links to this post