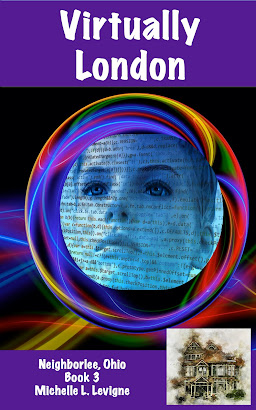 It took about three seconds for what Doni said to sink through my gotta-hurry-for-the-last-day-of-school panic. I had an excuse. The fuzzy-headed, awkward kid in front of me was not the little girl in a Minnie Mouse costume in the frame on Gram's mantle. Aunt Lenore wasn't real big on photos. She wasn't real big on writing home, either.

"You're London? My cousin? Lenore and Thad's daughter?"

My first thought was to ask where her parents were, because obviously they weren't anywhere in sight. I liked Aunt Lenore and Uncle Thad, although I had never seen them face-to-face. They called whenever they were in the States, going from one investigative assignment to another, and sent pictures maybe once every twenty months or so. Usually those were pictures someone else took. They had an aversion to cameras that weren't used for their research. They sent cool presents from places no tourist ever visited, and books by the ton. All of us learned to read at least two languages besides English so we could make use of those books.

I had the sense not to ask Doni where her folks were, while my brain skidded through questions and possibilities and discarded most of them in the space of a few seconds. I'm not bragging when I say that. Gram claims I got electrocuted by a computer when I was a baby, crawling all over Granddad's desk and teething on the mouse cord. I've had an affinity for the frustrating, fascinating gizmos ever since. Part of that affinity meant my brain wanted to process a dozen different tracks at the same time, searching for information. Unlike computers, I had a tendency to get sidetracked by anything that caught my attention. Call it ADHD if you want, but I always preferred calling it the Neighborlee Effect.

(See how distracted I just got, telling you about me, when this is Doni's story?)