Off the Bookshelf: A MIND OF HER OWN, by Paula McLain

Paula McLain brings an all-too-brief glimpse into the life and mind of Madame Curie during her studies at the Sorbonne in Paris.

Thanks to the oppression of the Czar, the people of Poland are denied higher education. That, combined with the social attitude that women can't handle scientific studies, makes it an uphill climb for Marie. Somehow, she finds a way to go to Paris to pursue her studies, despite the odds. She's alone, studying hard to prove herself, living in a cold garret, so focused on her studies, and later on her work, that she has no social life and few friends.

Men are essentially the enemy, a distraction, a wall to her dreams of scientific discovery. But slowly, she triumphs through her brilliance and devotion to her studies. Then Pierre Curie, already making a name for himself in science and academia, is introduced to her. Matters of the heart become the enemy as well, an even bigger distraction.

I wish this performance by Hillary Huber, the narrator, had been much longer. There is so much more to learn from inside the mind and heart of this ground-breaking woman. Fascinating, so the time went by far too quickly when I listened.
Posted by Michelle Levigne at 5:00 AM No comments: Links to this post 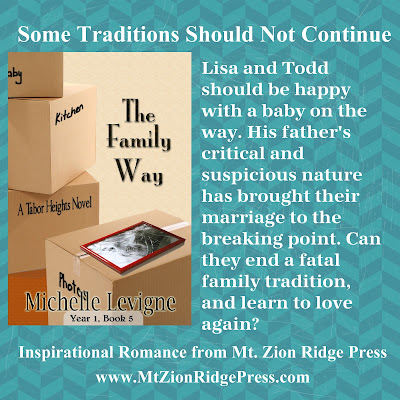 Off the Bookshelf: THE WIZARDS OF ONCE, by Cressida Cowell

Audible book. A new series by the author who brought us How to Train Your Dragon.

Major fun. Inspired silliness. Captivating action sequences. Sly humor. Can I say I'm hoping they make this into an animated movie/TV series too?

Basic story line: There are wizards and there are warriors. Wizards are magic, warriors want to wipe out magic. Along comes our misfit heroes, who as you might guess, clash in a big way. First there's Xar, the son of the wizard leader, whose magic hasn't "come in" yet -- he's a troublemaker and kind of stupidly arrogant, but in an endearing way -- and he's determined to find some way to steal magic, because his older brother is a self-righteous pain in several portions of his anatomy. Then there's Wish, the youngest daughter of the warrior queen, with an eye patch and a bad leg, who's always messy and disappointing her beautiful, cold mother. And her assistant bodyguard/friend, Bodkin, who's trying to keep her out of trouble. Magic and magical items are forbidden, and the warriors are armed with iron, which should cancel out magic Funny thing: Wish has a new friend/pet -- an iron spoon that's come alive. When the spoon runs away, after Bodkin says they have to turn it in to the queen to have its magic removed, Wish goes after the spoon. Bodkin goes with Wish to keep her out of trouble. They run into Xar and his band of assorted magical creatures, out to capture a witch (not what you think -- it's got feathers and it's part feline and it's dang nasty, with poison blood) to extract its magic, to make Xar magic. Doesn't matter that witches are supposed to be extinct, and to run into one is usually fatal. Maybe.

I'm not going to tell you any more. You have to hear this to believe it.

Trust me, get the audio version, because David Tennant (one of the many Drs. Who) is the narrator and he's brilliant and funny, with all the voices he creates, adding up to an audio feast.
Posted by Michelle Levigne at 5:00 AM No comments: Links to this post

Labels: Audible, audiobook, book report, Cressida Cowell, David Tennant, fantasy, How to Train Your Dragon, humorous fantasy, Off the Book Shelf, The Wizards of Once 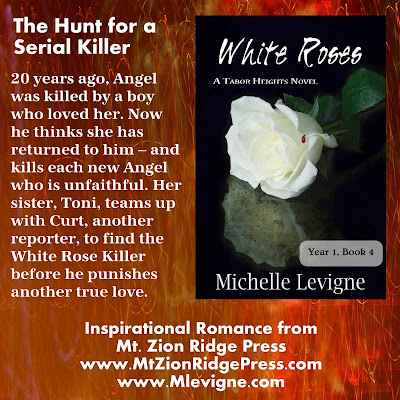 Off the Bookshelf: THE CALCULATING STARS, by Mary Robinette Kowal

Another book provided by Audible.

The Calculating Stars is subtitled: A Lady Astronaut Novel.

Okay, big confession time: Fan Girl moment when I saw this one in the Audible listing. Mary Robinette Kowal is one of the "gang" who are part of the Writing Excuses podcast, led by Brandon Sanderson. I've heard her talk about her books from time to time, the behind-the-scenes moments, the decisions made, the changes, the whole process of writing and putting a story together, deciding on character traits and actions. So it's major cool for me to  read (or in this case hear) a book by one of my "teachers."

Especially when -- even cooler -- she narrated the book herself. No one better than the author to know how characters should sound. I have to check if she has a background in theater, because she's good at doing voices -- just the right distinction in rhythm and tone to set characters apart without being heavy-handed.

What's the story about? Post-World War II USA is hit by a meteor that wipes out Washington, DC. Along with the damage to the infrastructure, the political repercussions, thanks to the dust and water in the air, the cloud cover that settles in for years, there's a big climate change. Essentially, the clock has started ticking toward what the scientists, including the heroine, Elma York, believe could be an extinction event. Thus begins the race to get into space, to set up colonies off-world. Elma, as a WWII pilot and mathematician (think the ladies who worked as calculators in Hidden Figures), and married to the foremost rocket specialist in the country, is in the middle of it all. More than the fascinating progress of development to space flight is the battle to get the authorities (meaning the male-dominated government/space program/military) to recognize that women have just as much to contribute to the effort as men, and are just as capable as the men of handling space flight. Face it: if the Human race leaves Earth, women are going to have to go into space eventually, otherwise what's the use?

A thoroughly captivating listening experience. Try it, you'll love it. Another author whose other works I'm going to have to explore further.
Posted by Michelle Levigne at 5:00 AM No comments: Links to this post 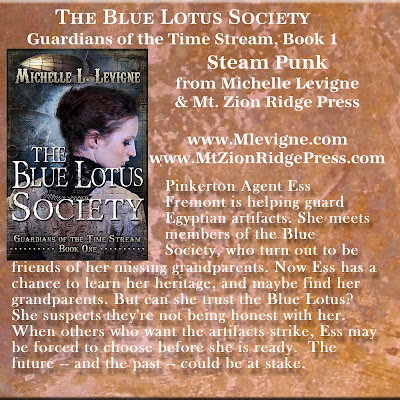 Off the Bookshelf: THE HOUSE WITH A CLOCK IN ITS WALLS, by John Bellairs

Another book read through Audible -- which makes going to the gym a whole lot easier to take, at 7 in the morning ....

FUN book. A fast read (even though I wasn't reading, technically). Somewhat reminiscent of Harry Potter, with an orphan boy who goes to live with a relative and falls into a world of magic. But in this case, the magic is resident in the relative, instead of the relative trying to stop magic from happening. Uncle Jonathan is a lot of fun, and Mrs. Zimmerman ... well, I kept seeing Jack Black and Kate Blanchet. The narrator did a good job of changing his voice to make each speaker distinct. Our hero's cleverness makes sense. He's a boy who loves books and loves learning, so his response to problems make sense. It isn't a case of "Wesley saves the ship again," if you get the ST:NG reference.

I will have to look for more of this author's books. And hope that my YA is as popular and fun!
Posted by Michelle Levigne at 6:00 AM No comments: Links to this post

Labels: Audible, book report, John Bellairs, Off the Book Shelf, The House with a Clock in its Walls, YA Fantasy 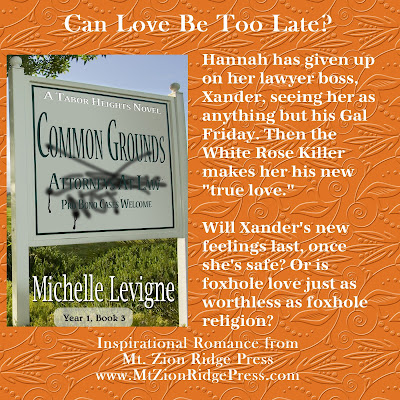 Off the Bookshelf: READY PLAYER ONE, by Ernest Cline

You can learn a lot about screenwriting by watching a movie and then reading -- or listening to -- the book the movie was based on.

My third audiobook made it a lot easier to go back to the gym on those bitterly cold Northeast Ohio winter mornings. READY PLAYER ONE varies in some noticeable ways from the movie, but the differences don't detract from either one. I can see why the screenwriters made the story changes they did. There's a lot going on in our hero Wade's head that just doesn't translate to the screen.

If you think I'm going to give any spoilers, think again. Nope, not going to tell you what changed, what Wade did in the book that happened to someone else in the movie. Just trust me on this. You'll enjoy BOTH the book and the movie.

What's it about, for those of you who have been either facing writing deadlines or thought that a book and movie about a virtual reality gaming world where an enormous fortune is up for grabs would be a boring movie (wrong-o!)?

Well ... yeah, there's this huge online world called the Oasis where you can visit thousands of worlds and become anyone, and compete in every kind of contest and game and war possible. The guy who created it has died and left his fortune and controlling share in the company that runs the Oasis as a prize in the biggest competition ever. It's gotten pretty tense, because this huge, soul-sucking corporation that wants to take over and monetize the Oasis is pretty much cheating to win. To the point they're threatening people's lives outside the Oasis, in the real world, not just slaughtering avatars.

Along comes our high school senior hero, Wade, the penniless kid who has everything stacked against him. But he's got the brains and the guts and he's willing to take the big risks. Whether the movie or the book, it's worth the time. Lots of fun, if only for the pop culture references, such as War Games and Monty Python and Ladyhawke and hundreds more. And the geek giggle, hearing the narrator, Will Wheaton, reading about a certain old geezer of an actor named ... Will Wheaton.
Posted by Michelle Levigne at 5:00 AM No comments: Links to this post