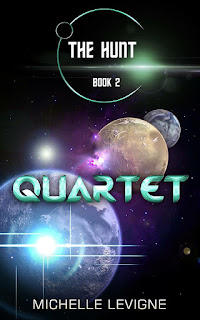 The Hunt are children sent from an endangered world in another universe/dimension of reality, to protect them from a despot who wants to command their Talents. Given into the keeping of the Hounds of Hamin, the members of the Hunt have been separated by time as well as distance. They know each other by the scars--rows of teeth marks--on their wrists. Some have been in our world for decades, others only for a few years. Before more enemies show up to destroy them, they must locate each other, soon, to find a way back home to save their world.

Cinden Lai is a firstborn, a member of the Hunt. She finds sanctuary with a reclusive old woman when the Hounds of Hamin bring her to Earth, but now her dreams and the increasing storms mean it's time to leave her safe haven and seek out members of the Hunt.

When a rich old man claims she's his missing granddaughter, Cinden knows he is lying but she can't prove it--not without endangering the Hunt. He knows too much about her and claims he has her brothers and sister. That's reason enough for her to investigate. Are the other three part of a trap or in need of rescue?

When four members of the Hunt come together, amazing things can happen...but they also uncover treachery, and learn a countdown has started: Time is running out for the Hunt and life on Earth can be fatal for them in more ways than one.