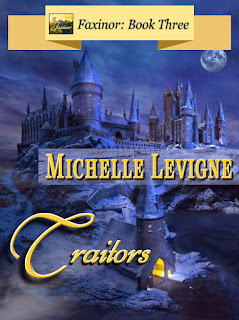 
Legend says long ago Yomnian gave to each country its own Spirit Sword, entrusted to a Sword Bearer to lead in the defense of each country, and also to provide spiritual guidance. If necessary, the Sword Bearer could overrule the word and authority of the king, but those to whom the most power and authority have been entrusted have the highest standards and the most expected of them. As the centuries passed, Sword Bearers fell and the Spirit Sword for each country was lost. Now only the country of Reshor possesses a Spirit Sword. Its bearer, Rakleer, has vanished into mist and memory, waiting until need and danger awaken the sword to choose a new Bearer and lead in the defense of Reshor.
Lord Edrix Faxinor regrets his brilliant diplomatic insight it lands him in the role of ambassador to Sendorland, the hereditary enemy of his country, Reshor. Still aching from the death of his betrothed, he sets sail in hopes of bringing peace between the two warring nations.
Arriena of Traxslan is the lowest of the low--a poor relation, living on the charity of her domineering, cruel cousin, Lord Mordon Traxslan. She has dreams of being a scholar despite the "sin" of being born a woman, with supposedly limited intelligence.
Her cousin offers Arriena choices in her own future. Both could cost her life. Because she resembles Edrix's dead betrothed, she's ordered to enchant and ensnare him, to give Sendorland power over him and force him to betray Reshor.
Arriena has grown up unable to trust anyone. Could she trust Edrix with the truth...and possibly her heart? To save Arriena, can Edrix risk becoming a traitor?
Posted by Michelle Levigne at 5:00 AM