ALL THAT WE SEE OR SEEM, by Kristina Mahr 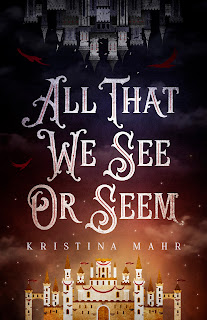 Every night, seventeen-year-old Reeve Lennox finds herself under a noose.

By day she is a lady of Acarsaid’s royal house, daydreaming of adventure and love. But every night in sleep she wanders through a nightmarish city, an invisible witness to the screeches of monsters and the screams of their victims. Her only consolation is Bran, a battle-torn young man with a selfless heart and eyes that reflect the stars.

Yet while Reeve falls deeper into her dreams, in truth she is engaged to Arden, a mercurial nobleman who has long been cured of his belief in love and breathes fire and flattery like other people breathe air.

Torn between two lives, Reeve struggles to remember what’s real. Until night and day collide, with a revelation that threatens all of Acarsaid.

Kristina Mahr devotes her days to numbers and her nights to words. She works full-time as an 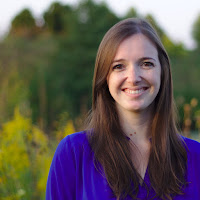 accountant in the suburbs of Chicago, where she lives with her two dogs and two cats, but her true passion is writing. In her spare time, she enjoys spending time with her family and friends, reading, and waking up at the crack of dawn every weekend to watch the Premier League.