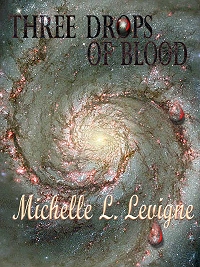 "Where is Megassa's mother?" she asked, when she and Nalla had reached the bottom of the staircase and she could see no one else in the hallway either behind or ahead of them. Meghianna had learned long ago the necessity for speaking with caution.

"No one knows for sure."

"She's no one and nothing to you, my dear. And you'd be wise not to ask your father about her, either. It's hard enough for him to admit Megassa exists. Other men would think themselves justified in having such painful reminders removed from sight. Permanently."

"But Megassa didn't do anything wrong." Meghianna stumbled as the implications of Nalla's words sank in. The woman meant other people would think it justified if Megassa died. What evil had her mother done, that someone would want a little girl dead to pay for it?

"Exactly. But there are those who think a child's innocence is no justification for mercy." Nalla sighed and stopped and went down on one knee in front of the girl, so they were nearly eye-to-eye. She rested both hands on Meghianna's shoulders. "Sweetling, you're far too young to hear such cruel things, but considering who you are to be someday, I wouldn't doubt you're wise enough already to understand. It's said Lady Ceera was wise ahead of her time, as well."