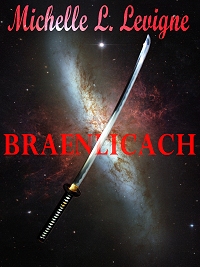 From Uncial Press
Book 2 of the Zygradon Chronicles
Excerpt:


"So, you want to be a Valor, do you? Just because you're sensitive to the power of star-metal?" He managed to hold a straight face just until panic and disappointment made the boy's face go pale. Then he laughed and reached across the gap between their horses, grasping his forearm in a salute of equals. "I can't think of anything more blessed than to have the Warhawk's heir counted among the guardians of the lifeblood of our land. I assume your uncle approves?"

"He admitted he was jealous," Athrar said with a grin.

"Just until I realized how proud I was," Afron Warhawk admitted less than an hour later, as Mrillis settled in for a pleasant, informal evening in the family quarters of the fortress. They were only six: Afron and Queen Elysion, Lyon and Lady Gretha, Athrar and Mrillis. "This is what Lady Le'esha dreamed of. Unity between our two races, a bridge over the differences between us. Noveni can no longer say that we are two separate races and there are no obligations between us, when this proves that we are brothers beyond the ties of blood. This is something no one can deny."

"Especially when they despised those of mixed blood who proved we were all one blood," Elysion said softly.

Mrillis swallowed hard against the heat and choking sensation in his throat as he watched the gray-haired Warhawk catch up his wife's hand and kiss it, and saw the tender, sad light in his eyes. Their four children, half-bloods, had been murdered, and still no one was quite sure who was responsible. Blood magic had been involved in the vicious storm, but no one knew if it was Encindi practicing the forbidden arts, or Noveni who turned to forbidden things in a bid for power, or another Rey'kil who had sold his imbrose for the sake of power.

"I will always acknowledge the debt the Noveni owe to the Rey'kil for sharing Lygroes with us, when our own lands were overrun with star-metal poisoning and the Encindi invaders," the Warhawk continued after several moments when everyone was content to stare into the fire and visit sad memories. "Just as generations of our race took shelter here, so will generations give service in defending the vales and the cup of life and power before that debt is repaid. As long as there is magic in our bloodline, the family of the Warhawk will lead in that defense."