Book of the Week: GROWING UP NEIGHBORLEE 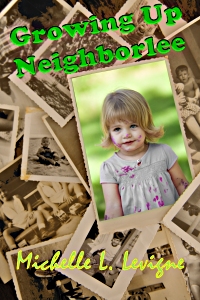 The last and most recent Neighborlee, Ohio book, leading up to the release this January of DORM RATS, the newest Neighborlee book -- which also happens to be the sequel to this week's Book of the Week.


The thing is, for a nearly-five-year-old, I had no idea that I couldn't or shouldn't kinda-sorta fly or hover or whatever the formal label was for what I could do. I just figured it was another ability that was part of growing up, like tying my shoes, counting past one hundred, telling time, and reading. By this time, I had already figured out that learning a new trick before one of the adults showed me how to do it earned some uncomfortable attention. I didn't get in trouble for learning to read and tie my shoes faster than normal, but the fuss and extra attention made me uncomfortable.

Explain to me why it's so unusual to learn how to read by leaning over the shoulder of the person reading to us before bed, and picking out the words on the page and following along? Just pay attention, and it's easy to learn dozens of necessary tricks to get along in the world. Of course, being less than five years old, I didn't have that reasoning worked out in my head, I just did what worked. Explaining what I hadn't verbalized was next to impossible.

By the time I walked into Divine's, I had figured out that it was smart to keep new tricks hidden until I saw other kids near my age doing the same thing. So, I kept my hovering to myself, and practiced at night, when everybody was asleep, or when I was alone on the playground behind the cottage.

That day in Divine's, though, I cast my five-year-old caution aside and was ready to raise myself up for a closer look at the Wishing Ball. I was still attached to Mrs. Silvestri, like a kite on a string.


Angela walked in just as my feet got about three inches off the floor. She smiled at me, winked, and gestured down at the floor with a flick of her fingers. I settled back down and she came around the counter, pulled out a four-step ladder, and put it next to the counter on the end, giving me a more ordinary path up to the Wishing Ball. Right that moment, I knew this pretty blond lady who smiled at me like we had an enormous secret—and who didn't shout in astonishment at what she saw—was going to be a very good friend. Mrs. Silvestri introduced me to Angela while I climbed up, my gaze on her the whole time, and that was when Angela told me it was called the Wishing Ball.
Posted by Michelle Levigne at 2:00 AM