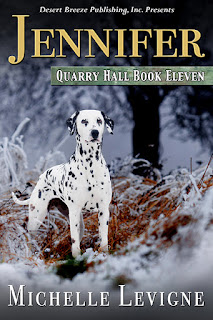 
A flash of green-tinted light startled them both. She and Su-Ma darted around the back of the truck, even as Jennifer wondered if that was smart, or she should go back for the fire extinguisher in the back of her Jeep. She skidded to a stop at the sight of Vincent and George stepping down from the open back of the truck, waving away smoke tinted gray-blue in the working lights that illuminated the narrow workbench down the middle of the truck.

"You're not gonna pass out on us, are you?" Su-Ma said, wrinkling up her nose as a dissipating tendril of smoke drifted past her face.

"If I do, I'll let you know." Vincent winked at them both.

That was encouraging, Jennifer decided.

"Is it dead?" she had to ask, and glanced at the workbench. She couldn't see the silver box or any signs of a small explosion taking place, such as a black ring burned into the surface.

"If it ain't," George said, shifting his shoulders a little, as if to straighten them, "it will be." His eyes narrowed and he stared at something inside the truck for a few seconds. Then he grunted and reached for the side of the truck to haul himself up the step.

"What happened?" Su-Ma asked, when Vincent stayed outside with them. "Do you know what it is yet?"

"A couple steps up from all the gear they tried to sneak in on you and Haley," he said after a moment's delay, when Jennifer thought he hadn't heard them.

"So …" She wasn't ashamed when a shiver ran through her, and she wrapped her arms around herself. Puck leaned against her thigh. "Who are you calling first? McAllistair and all his sneaky connections, or Col. Sidarkis?"