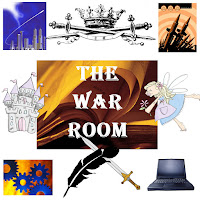 March 28 is the release date for the SUPERHEROES anthology coming from the Crossover Alliance.

You can order your copy starting March 5.

Well... SUPERHEROES, what else? The trials and tribulations, the weird stuff that happens, and maybe even some griping about costumes or lack thereof. And then there's the whole secret identity thing. Y'know? It ain't easy being a superhero. Just as Spidey.

Why am I telling you this?

Because I am delighted to be a part of the anthology.

"Living Proof" is a story set in my weird little town of Neighborlee, Ohio. It's told from the viewpoint 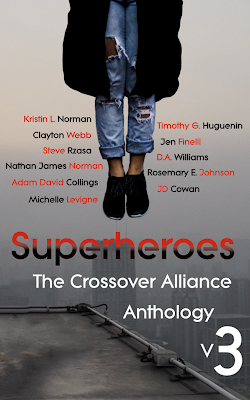 of Lanie Zephyr, one of the residents and guardians of the town of Neighborlee. If you've read any of the Neighborlee stories, you've probably run into Lanie. You can't miss her -- she's in a wheelchair, and has a wicked sense of humor. Besides being a newspaper reporter, Lanie is the town's resident sit-down comic.

Ain't this a great cover?

I hope you check out all the stories and authors in the anthology, and you're excited about this release as I am!

And even more exciting ... Lanie's first story, how she met her semi-pseudo-superhero friends and became a guardian, is told in GROWING UP NEIGHBORLEE, an April release from Uncial Press. Look for it!