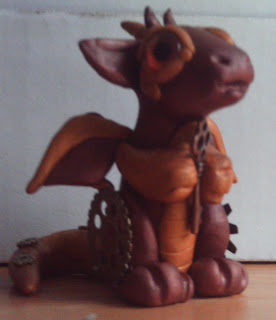 Yes, my little dragon buddy has been away for a while. We've all been major busy lately.

I'm making progress on revising and finishing the first draft of SWORD OF FAXINOR, the 4th Faxinor novel, and the first new one in ... well, more years than I care to consider.

For those who were reading the Faxinor Chronicles books, my apologies for making you wait for another one. Sometimes life just gets in the way! I'm grateful to Writers Exchange for picking up the Faxinor series, and coming up with such great covers for the new editions.

I hope to finish SWORD by the end of the month, and 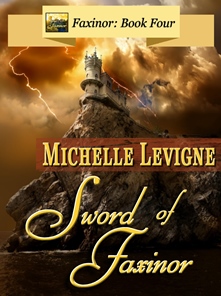 then have it polished up and turned in to my editor at Writers Exchange by ... end of July, maybe.

This is Derek's story. The story opens with the news of the birth of Lorien and Arand's son, which means the Faxinor clan is going to pack up and sail to Eretia. But some problems crop up, the largest of which is the increase in false prophets and others claiming that they have had visions saying Andrixine should hand Reshor's Spirit Sword over to them, that it belongs to their kingdom, not to Reshor. This problem will crop up in subsequent stories.

Some of the family can't make the journey to Eretia, and Derek runs into various problems and challenges and adventures on the high seas, including pirates, mysterious sea creatures, and a chance to win back the stolen Faxinor ancestral sword.

Posted by Michelle Levigne at 7:17 AM